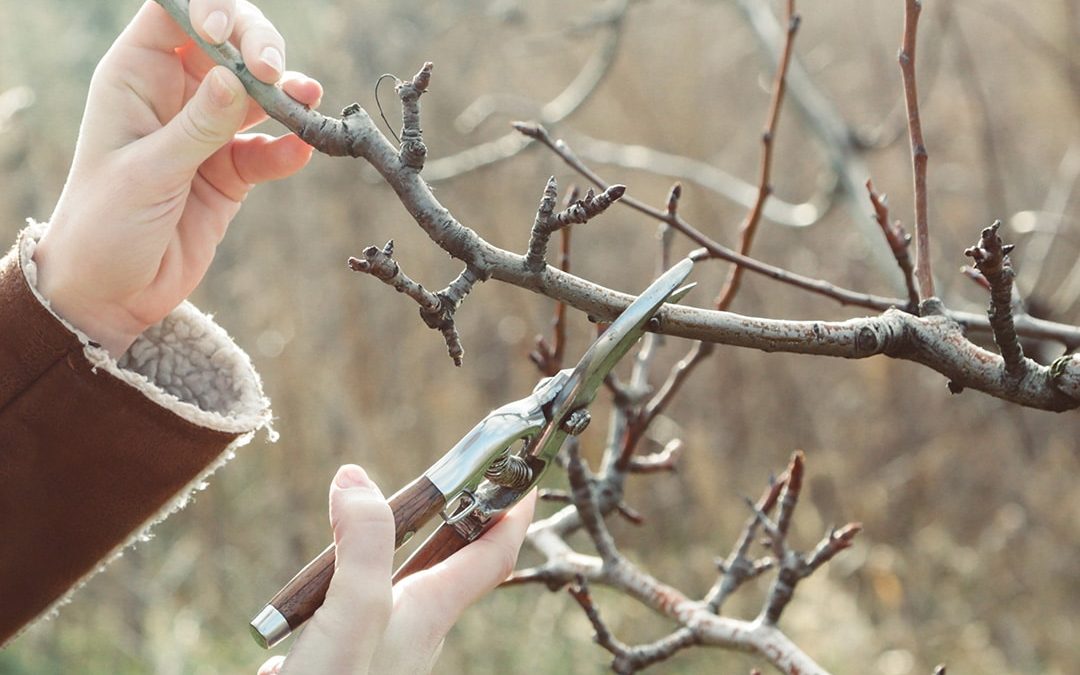 Written by Monica Hemingway and published on https://pruningguide.com/

Pruning plants while they’re still dormant—in late winter—offers several advantages. First, it gives you a great excuse to head into the garden on a balmy day when it’s really too early to tackle other spring chores. Dormant-season pruning also permits you to see plant form and structure clearly, a benefit when you’re shaping trees and shrubs.

Late winter is the ideal time to prune many types of deciduous trees, shrubs, and vines. However, the trick is knowing which ones to prune now and which ones to leave until later. Here are a few general guidelines to help you prune the right thing at the right time.

The following should be pruned off whenever you notice them, at any time of year:

What to Look For

In late winter or early spring, focus on removing the following:

If the plant blooms very early in the season, you may want to wait until it’s finished flowering before you prune it (but first, see this post for reasons why you might want to prune now instead of waiting). These plants typically bloom from buds that were set the previous fall – pruning now will just remove those buds, resulting in few, if any, flowers this spring.

Common plants that fall into this category include:

Other plants to prune in late winter/early spring (before growth begins) include shrubs that are grown primarily for their foliage.

Fruiting trees are often pruned now. This type of pruning stresses the plant and causes it to fruit more heavily.

However, if you have an ornamental cherry, crabapple, or other similar type of tree (that is, you’re not growing it for fruit), pruning now will only result in excessive growth of watersprouts (long, thin branches that grow straight up into the air). Instead, wait until mid-July to mid-August to prune – you’re least likely to get unsightly watersprouts by pruning then.

Plants that bloom later in the season (usually on new wood produced during the spring) can be pruned now. Some typical examples include: