Common Mistake Made By Homeowners While Pruning 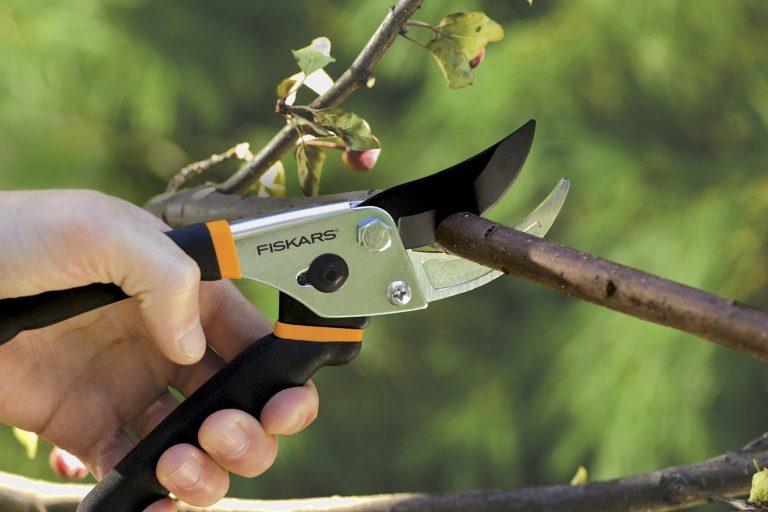 Written by John Marmolejo and published on https://we7.com/

When performed properly, pruning maintains the health and beauty of a tree.  It is a blend of science and art. If done hastily and improperly, it can cause irreversible damage and introduce diseases and pests.  Every pruning cut is a wound, and done correctly allows the tree to heal itself. There are common mistakes to avoid when pruning trees and shrubs:

Pruning tree canopies is perhaps of the greatest importance for the growth and development of trees, and proper and professional execution provides the trees with the high condition, excellent aesthetic and sanitary functionality. On the other hand, due to the wrong execution and pattern application in both foreign and domestic practice, there is almost no procedure that causes such severe consequences, contributing to the premature decay of trees. This especially refers to the removal of trees from private property. Therefore we will point you to 5 common tree pruning mistakes homeowners make.

Why Do We Have To Prune Trees?

Cutting down trees or felling dangerous trees, as well as pruning branches and canopy is very important – both for aesthetics and for safety. This is the process of removing a particular tree or more of them – so that life can proceed smoothly and safely. If you have a tree on your property that may endanger your property, power lines, or the tree is very old and rotten and there is a possibility of natural fall of the tree that is not controlled – be prepared to remove it promptly. Of course, if you are not able to do it yourself, you can always turn to professionals. They provide you with professional services of controlled felling and cutting of trees with appropriate equipment and protection – both for people and for facilities.

Each of us loves nature and is surrounded by greenery. Sometimes in the yard, in front of a residential building, in a park, on a property and other areas – we have a lot of planted trees. At first, we’ll think that’s great. Still, have you ever thought that trees can be a problem? Take, for example, an apartment building in front of which grow two large trees, which are over thirty years old and over. They have grown so much that they have outgrown the whole building – and what is not good is that due to the dense canopy, the sunlight is blocked. That way, the tenants who live on that side of the building – would have darkened apartments all day long. Another example is a tree that is a bit rotten, perhaps due to age or some tree disease. In that case, such a tree could fall at any time and thus cause unforeseeable consequences, destroy property, or even injure or injure someone. All this should be taken very seriously, so turn to companies that do professional logging.

Cutting Trees On Your Property

Sometimes we want to make an order on our property, and thin out trees that are too dense – because they were not planted according to plan. In that case, we need to cut down certain trees – to have a landscaped green area. Sometimes we can do it ourselves – but sometimes that is impossible due to access or lack of professional tools. Then we have to call in professionals for help. According to AB Trees, the first thing that can happen is that the tools you have will not be enough. It is because we need different, much more powerful mechanization. Also, it is much more important to avoid the possibility of injury – because cutting a tree is not easy at all. You should take care where exactly it will fall – because a tree can destroy everything that hits when it falls. Like any other job, cutting down trees should be left to the people for whom this is a job they do every day.

1. You need to know the purpose of pruning

The goal of pruning the canopy of trees is to remove those parts of it that interfere with or slow down the proper development of the tree in a biological or aesthetic sense. By cutting off branches and twigs that represent a superfluous part, either because they are damaged or because they have a bad position, so they spoil the appearance and shape of the canopy, the tree gets rid of unnecessary ballast with the help of man. Thus, the total growth energy is directed to those parts that have higher functionality, which is why the functionality of the plant as a whole also grows.

Here, homeowners often make beginner mistakes. First, damaged, dry, semi-dry, broken, dried branches are removed – as well as partially dried leaves, attacked by pests or diseases of various types. Then the annual shoots are removed, which disturb the appearance of the tree itself. By removing these shoots, the root system is released from the obligation to feed an unnecessary part of the canopy. After that, two-year and three-year branches are removed, primarily from the inside, which thins the canopy and releases parts that perform the process of photosynthesis much less. If thinning is required to a greater extent – larger, older branches are also cut, primarily from the lower parts and from the inside, with the obligatory coating of the cross-section with protective means. This order of removal is justified by the biological or physiological difference between light leaves and shadow leaves.

Pruning time depends on several factors. Trees that bloom early are best pruned immediately after flowering, including elm, sugar maple, etc. The trees that are blooming during the growing season, such as linden, sycamore, or ash – are best to prune during dormancy – that is, not during the growing season. So, it is in late fall or early spring. Species that are characterized by the intensive movement of juices such as maple, birch, elm, walnut, etc. – can be pruned even during the growing season. In colder climates, late summer or early autumn pruning is avoided – because the new twigs that form after pruning do not have time to wood before frost, as a result of which they decay.

Pruning of coniferous trees, although it is rarely done due to the more or less satisfactory shape of the canopy – is also very useful as a measure of care. Removal of lower, dry and semi-dry branches, as well as branches from the inside of the canopy – contributes to increasing the vitality of the tree in the same way as in lichen species. Pruning them is possible throughout the year – except during severe frosts.

Pruning of adult trees is usually performed throughout the life of the plant. Dried and damaged branches are removed from them – which interfere with the proper development and appearance of the canopy. Therefore, the cutting of damaged branches in a dense canopy directly contributes to its thinning. You should do pruning of damaged branches and twigs of deciduous trees during the vegetation – because then the damage and dry branches are best noticed. The parts of the canopy that need to be removed are determined based on an examination of the entire plant.

In addition to the above facts, it should be borne in mind that some types of trees are very difficult to tolerate pruning, such as birch or alder – so they need to pay more attention to these works than others.