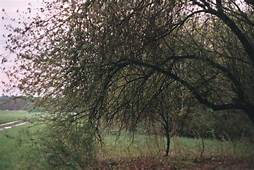 Written by Marie Iannotti and published on https://www.thespruce.com/

Apple trees that are not pruned for several years will often produce so many branches that very little energy is left for fruit production. Overgrown apple trees are also difficult to harvest and spray. Gardeners who have such a tree are often at a loss as to how to get it back in shape.

How to Prune an Overgrown Apple Tree

Pruning an apple tree, much like pruning a peach tree, improves the tree’s vigor and fruit production. It seems complicated, and many gardeners are apprehensive about tackling the task. Take heart—it is almost impossible to kill a mature, overgrown apple tree by pruning it, and most of the complicated pruning takes place in the first three years of an apple tree’s life. After then, the hard part is over.

And the rewards of preforming a comprehensive pruning job on an overgrown apple tree will quickly be rewarded with improved output of fruit and a healthier tree.

When to Prune an Apple Tree

Mature apple trees will tell you they are in need of rigorous pruning when the fruit output begins to diminish. Most fruit trees grown in home gardens are spurring types. A spur is a short (3- to 5-inch) branch where the apple tree flowers and sets fruit. These spurs diminish when the tree begins to produce suckers and when there is too much unproductive wood on the tree. By removing the suckers and bad wood through heavy pruning, the tree is stimulated to produce more fruiting spurs. Further, hard pruning opens up the branches so that sunlight and air can reach all the ripening fruit.

Commercial growers perform some form of pruning on an apple tree almost every year, but for homeowners, a mature tree should be fine if it is hard-pruned every three years or so.

Pruning is best done in late winter while the tree is dormant, or in the early spring before new growth has begun. If possible, avoid pruning in the summer and fall, as this stimulates new, sensitive growth that may be vulnerable to insect attack and winter damage.