How To: Different Type Of Pruning A Tree And Benefits 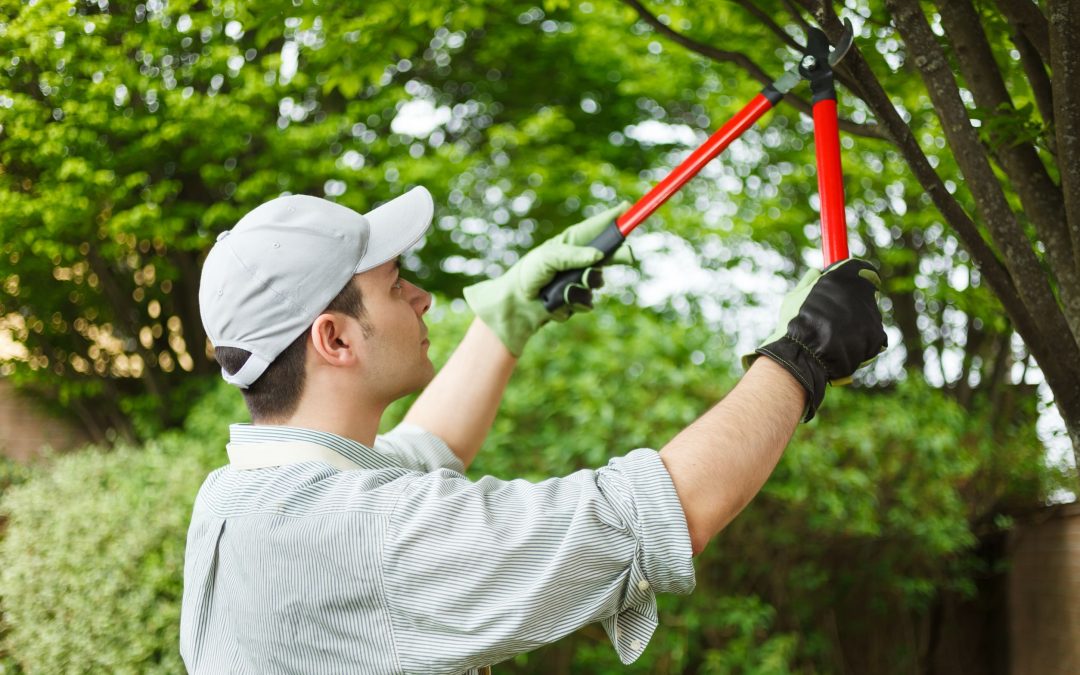 Written by Steve Nix and published on https://www.thoughtco.com/

It makes sense for homeowners and businesses to prune trees because it not only improves the look and value of your property but also benefits the trees in several ways. See how pruning benefits you and your trees.

Pruning is the technical word for what many call “tree trimming”. Pruning is the removal of branches to remove dead, dying, or decaying branches, remove water sprout growth (suckers), to make the tree safer, to encourage or restrict growth in certain areas for practical reasons, and to make trees more aesthetically pleasing.

How to Prune a Tree

There are many reasons for pruning trees. Pruning can assure added safety for people entering the landscape, increase tree vigor and health and will make a tree more beautiful. Value-added benefits of pruning include stimulating fruit production and can increase the value of timber in a commercial forest.

Crown thinning is a pruning technique primarily used on hardwood trees. Crown thinning is the selective removal of stems and branches to increase light penetration and air movement throughout the crown of a tree. The intent is to improve a tree’s structure and form while making life uncomfortable for tree pests.

Stems with narrow, V-shaped angles of attachment (Graphic B) often form included bark and should be selected for removal first. Leave branches with strong U-shaped angles of attachment (Graphic A). The included bark forms a bark wedge when two stems grow at sharp angles to one another. These ingrown wedges prevent 36-foot attachment of stems often causing a crack at the point below where the branches meet. Removing one or more of the stems will allow the other stem(s) to take over.

Branches growing off these stems should be no more than one-half to three-quarters of the diameter of the stem at the point of attachment. Avoid producing “lion’s tails” or tufts of branches and foliage at the ends of branches by removing all inner lateral branches and foliage. Lion’s tails can result in sunscalding, epicormic sprouting and weak branch structure and breakage. Branches that rub or cross another branch should be removed.

To avoid unnecessary stress and prevent excessive production of epicormic sprouts, no more than one-quarter of the living crown should be removed at a time. If it is necessary to remove more, it should be done over successive years.

Crown raising is simply removing branches from the bottom of the crown of a tree to provide clearance for pedestrians, vehicles, buildings or lines of sight. For street trees, the minimum clearance is often specified by municipal ordinance.

When pruning is complete, the existing living crown should be at least two-thirds of the total tree height. Example: a 36-foot tree should have living branches on at least the upper 24 feet.

On young trees, “temporary” branches may be retained along the stem to encourage trunk taper and to protect trees from vandalism and sunscald. Less vigorous shoots should be selected as temporary branches and should be about 4 to 6 inches apart along the stem. They should be pruned annually to slow their growth and should be removed eventually.

Crown reduction pruning is most often used when a tree has grown too large for its permitted space. This method, sometimes called drop crotch pruning, is preferred to topping because it results in a more natural appearance, increases the time before pruning is needed again and minimizes stress.

Crown reduction pruning should only be used as a method of last resort. This pruning technique often results in large pruning wounds to stems that may lead to decay. This method should never be used on a tree with a pyramidal growth form. A better long term solution is to remove the tree and replace it with a tree that will not grow beyond the available space.

Pruning Techniques That Will Cause a Tree Harm

Topping and tipping are common pruning practices that harm trees and should not be used. Crown reduction pruning is the preferred method to reduce the size or height of the crown of a tree, but is rarely needed and should be used infrequently.

Topping, the pruning of large upright branches between twig nodes, is sometimes done to reduce the height of a tree. Tipping is a practice of cutting lateral branches between nodes to reduce crown width. These practices invariably result in the development of epicormic sprouts or the death of the cut branch back to the next lateral branch below. These epicormic sprouts are weakly attached to the stem and eventually will be supported by a decaying branch.