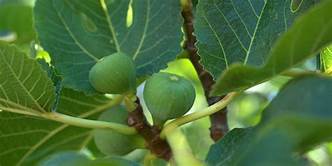 Written by CHRIS DEZIEL and published on https://www.hunker.com/

Damaged, dead, or diseased limbs should be pruned off of fig trees whenever you find them. This is basic “maintenance pruning,” similar to pruning that you would perform on other plants. But beyond this, there are specific pruning instructions to follow for growing fig trees during their first few years.

Figs are an ancient and easy fruit tree to grow in the home garden. Mentions of figs being grown at home go back literally millennia. But, when it comes to fig tree pruning, many home gardeners are at a loss as to how to properly trim a fig tree. With a little knowledge, this “ancient” mystery is as easy to do as growing a fig tree. Keep reading to learn more about how to prune fig trees.

How to Prune a Fig Tree

Once a fig tree is mature, it needs very little pruning.

There isn’t much to not like about figs. The fruit is sweet, juicy and crunchy at the same time. Rich in fiber, essential minerals such as potassium, calcium and magnesium and vitamins, figs make a great snack fresh off the tree, dried, or processed into jams and compotes. Figs grow readily in USDA climate zones 8 to 11. Some of the hardier species can be cultivated in zones 6 and 7, which extend into southern Canada, although in these cool climates they may need to be in pots that can be moved indoors when the snow starts falling.

Growing a fig tree is easy, which explains why this particular fruit tree has such a long history of cultivation around the world. The tree can survive quite happily without pruning, but if you want to maximize the size of the fruit and the overall yield, you should prune it soon after planting it and for the first two seasons after it becomes established. Pruning essentially trains the tree to focus its energy into fruit production rather than spreading it out over a large root system and a sinuous canopy. As the tree reaches maturity, the only pruning a fig tree needs is occasional removal of dead branches, as well as any suckers growing at the base of the tree, sapping its energy.

Pruning is most important when the tree is very young.

The crucial time to prune a fig tree is soon after you plant it. Some gardening experts recommend pruning as soon as you put the tree in the ground, while others say to wait until the first dormant season. The timing usually depends on the health of the tree. If it’s growing vigorously when you plant it, it’s best to prune a fig tree immediately, before it has a chance to spread out its energy. On the other hand, a tree that is small and has weak branches needs time to acclimate, and it may be best to wait until the end of winter, just before buds start to sprout, to prune it.

The first pruning is quite drastic. You generally cut the tree back by half. This forces the tree to focus its energy on developing strong roots. Retain all branches that are growing at roughly 45-degrees to the main trunk, but reduce their length by half. You can also retain branches that grow at larger angles, but reduce their length by half, as well. Keeping these branches might reduce the overall fruit yield, but they will produce a bushier tree that provides more shade.

When shortening a branch, make the cut just before a bud that is likely to produce a branch, and cut off the branch by cutting at a 45-degree angle. Remember to wipe your pruners down with alcohol before each new cut to avoid infecting the tree with pathogens.

Prune Your Fig Tree Again During the Second and Third Winters

Train your fig tree by pruning it during the next two dormant seasons.

After the fig tree has undergone a complete growth season, it will have developed a number of new branches. If you want to maximize the fruit yield, you should reduce these to five or six fruiting branches evenly spaced around the trunk. The best time to do this is during the second winter, just before the sap begins to run. Choose the strongest branches and cut them back to about one-third of their original length. Remove all the other branches at the trunk. If any small branches are sprouting from the five or six fruiting branches at angles that will eventually put them close to the trunk of the tree, remove those small branches as well. Branches growing close to the trunk won’t produce the best fruit, but they will draw as much energy from the tree as all the other branches.

Once you’re done cutting back the fruiting branches, look for any remaining deadwood and cut it off. Finally, remove any suckers that are growing from the base of the tree. Suckers resemble branches, but some are actually trees in their own right, and they may not even be the same species as the tree itself. Suckers are often offspring trees that sprout up from a point on the rootstock below the point where fruiting wood stock is grafted. Suckers drain the tree’s energy and should be removed as soon as you see them. Cut the suckers off as close to the trunk as possible, but leave the collar, which is the little nib that emerges from the trunk. This helps the wound heal more quickly.

During the third winter after planting, prune back any branches that are growing from the trunk, other than the main fruiting branches. Also, cut off any new growth on the fruiting branches that are growing as such an angle to put them too close to the trunk to grow fruit. Remove dead wood from the entire tree and any new suckers that have sprouted.

In subsequent years, the tree shouldn’t need any more radical pruning than the occasional removal of deadwood and new suckers.

Several fig and ficus species, such as fiddle leaf fig (Ficus lyrata) and weeping fig (Ficus benjamina), are favorite indoor plants. Some of these even produce fruit, and the best time to prune these is right after the fruit has ripened in mid-summer. If the tree doesn’t bear fruit, wait until spring to prune it.

The purpose of pruning potted indoor figs is to train them to grow into a standard bulb shape. After removing dead wood and any suckers you see growing at the base of the tree, use sharp, clean pruning shears to remove branches that aren’t growing in the standard shape. Remove these branches as close to the trunk as possible, and make a clean cut that will heal quickly. During the first pruning, cut back the main branches by a half to stimulate growth. Subsequent prunings are not as drastic and are needed only to maintain the shape of the tree and to remove deadwood.