Trimming A Tree – How Often? 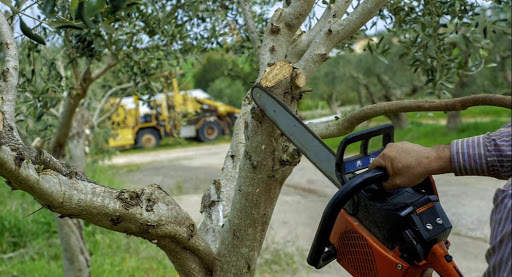 Written by Home Guides Staff and published on https://homeguides.sfgate.com/.

Most professional tree service often get asked the question, “How often should I trim my trees?” We wish there was an easy answer but the response will vary based on many criteria. Every species of tree grows at different rates and has differing implications for how often it will need to be pruned. Among shade trees, there are trees that can need to be trimmed every other year. There are also ones that can go seven years or more between pruning. Evergreen trees most times will need little or very infrequent pruning if planted in the right location.

How Often Does a Fruit Tree Have to Be Trimmed Back?

A fruit tree is trimmed back or pruned, to develop a strong structure that will support fruit production, to increase fruit production and the tree’s life, and to produce larger, better-quality fruit. It also helps to develop and maintain the best ratio of leaves to fruit. Pruning should take place once or twice each year. A fruit tree will survive if it is not pruned every year, but it will not be as productive as it would be if it had been pruned.

If a fruit tree is trained properly through pruning when it is young, it will require less pruning when it is older. Apple, cherry, and pear trees generally are trained to a central-leader form or Christmas tree shape. Peach, nectarine and plum trees are pruned to a vase shape. Both dormant-season pruning and summer pruning is required to complete each of those training systems. The central-leader and vase-shape training systems involve cutting back a newly planted small tree that has no branches, which is called a whip, to 30 to 34 inches above the ground.

Summer pruning during the first year the fruit tree was planted begins when its new growth is 4 to 6 inches long. When the central-leader system is used, an upright shoot near the tree’s top is selected as a central leader or main branch of the trunk. In both the central-leader and vase-shape systems, four shoots are selected to become scaffold branches growing in different directions. Scaffold branches should not be direct across from each other. All other shoots are removed. The angles between the trunk and scaffold branches are spread to at least 70 degrees by using toothpicks to hold the fork angles and clothespins to weight the branches.

A fruit tree is trained in the central-leader system by cutting it back to 24 to 30 inches above the top scaffold branches in late winter the second and third years after the tree was planted. The first year’s summer-pruning process is repeated when new shoots grow.

The vase-shaped method requires cutting back the fruit tree’s scaffold branches above an outward-growing shoot in late winter the second and third years after the tree was planted. That technique allows the scaffold branches to grow thicker and stronger and to continue growing outward. Select shoots for side branches during summer pruning.

As a fruit tree matures and begins to bear fruit, it still should be cut back each year. Shoots growing upright can shade the center of the tree, which reduces fruiting. Those shoots can be removed either in summer when they are 4 to 6 inches long or in winter when the tree is dormant, and they are longer. Peach, plum and nectarine trees sometimes produce so much fruit on new growth that the fruit can break the limbs. New growth can be cut back by 50 percent in late winter to keep limbs from breaking.