Tree Diseases: How To Identify Them And Treat Them 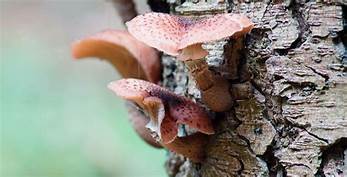 Written by David Beaulieu and published on https://www.thespruce.com/

Tree fungus identification includes not only taking a good look at the fungus but also taking a look at the surrounding habitat. The growth of fungi is intricately linked to its surroundings. If it doesn’t find an ideal growing condition, it won’t be able to grow. The fungus was thought to be a group of plants, which lacked chlorophyll, but today, they are classified as a separate category of living things.

They are small structures with a short stem and a cap at the top, just like a mushroom. They are parasitic organisms as they suck food matter from their host and in turn the host becomes diseased. Some of the most common types of tree fungus include honey, beefsteak, and tinder fungus, as well as dwarf benches and puffballs.

Not all species are susceptible to all tree fungus diseases. Plus, not every tree fungus is fatal. Sometimes they merely mar a tree’s appearance. In cases where they are fatal, however, treatment is essential because a tree represents a substantial investment. When in doubt, consult an arborist.

Fungal diseases move around via spores, and spores spread in a variety of ways. Sometimes, there’s nothing you can do about the spread. Insects can bring spores with them, or spores can be spread by the elements. Spores traveling on the wind arrive no matter what you do. During a downpour, spores can be splashed up onto trees from the soil, although mulching provides a partial remedy, as it offers a barrier.

Other times, though, spore spread is entirely within your control. Spores can spread through improper irrigation, on gardening tools, and from your own body to susceptible trees

In these instances, you can prevent spore spread. Indeed, prevention is generally the answer to tree fungal issues. Disinfect tools, avoid contact with plants on wet days, and don’t over-water.

Understanding which species are most at risk, and learning to identify some of the most common types of tree fungus can help minimize any potential problems.