What Does An Arborist Do? 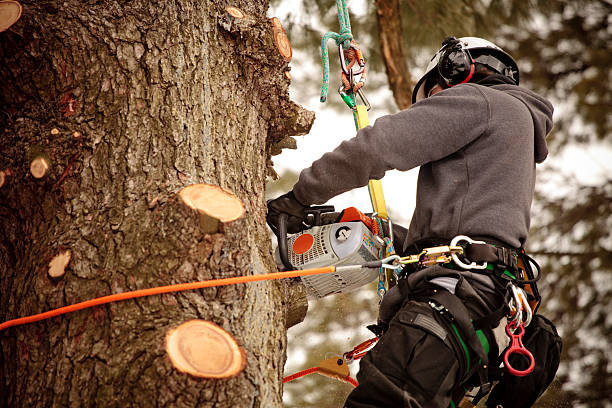 Most people think of arborists as tree surgeons, and while they do play an important role in tree health care, their job is so much more than that. For starters, arborists are trained in the proper way to trim and prune trees. This includes not only reducing branches that are causing problems but also shaping the tree to promote good airflow and curb future breakage. In addition, arborists are experts in tree identification and can often quickly spot problems that might be invisible to the untrained eye. They also have a deep knowledge of how different species of trees respond to various types of treatments, making them invaluable partners in the fight against tree diseases and pests. Even something as simple as watering or fertilizing can be done wrong, leading to irreparable damage. But with an arborist on your team, you can rest assured that your trees will receive the best possible care.

A Day in the Life of an Arborist

It’s early morning on an overcast and slightly breezy Wednesday in early May.  The clouds look indecisive and the wind isn’t enough to be dangerous, just enough to make you wear a hoodie or a jacket. Today is the day I get my initiation, a glimpse into a day in the life of an Arborist.

Here’s some of what I learned.

Your lawn will (probably) be damaged

There are many factors that go into this.  The most common concern clients have is about the equipment moving around on their lawn.  This is a completely valid concern.

There may be times your tree pruning company tells you they cannot service your property. For example, after a rain, you wouldn’t want heavy equipment on the lawn. The summer dry spells or frozen ground in the winter are great times to have your service completed; you don’t have to worry about this quite as much.

There are things some companies do to try and offset this damage, like using plywood where the bucket truck needs to drive across the lawn. Depending on the distance the truck needs to move, this might be impractical or unnecessary.

Another consideration when it comes to lawn damage is the pruning or removal process itself. Trained and certified Arborists will often use pulleys (called “blocks”) to tie-off limbs and control the direction the limbs fall.  Depending on the size of the limbs being removed, trying to lower the limb is likely just dangerous.

As it is, on the day I was out, we didn’t have to worry about damage to the ground from the truck; there was a gravel path next to the tree we were removing.  We did still have to worry about falling limbs, however.  At one point, the impact of a limb hitting the ground on that gravel path sent a quarter-sized rock flying 30 feet across the Jobsite (I was well out of the way) and hit me.  That type of weight-hitting turf is still (probably) going to cause damage.

That brings me to my next point…

That limb I just described probably weighed a couple of hundred pounds. It doesn’t take a genius to realize that this limb falling on you would really ruin your day.

According to the Occupational Health and Safety Administration (OSHA), there were 45 accidents related to “tree trimming” nationwide, or one every 8 days.  Of those incidents, 35 of them involved a fatality.

Those are just the reported injuries and deaths.  OSHA only requires reporting for Tree companies if there’s a death, hospitalization, loss of an eye, or amputation. As a result, other accidents undoubtedly happened that went unreported.  This doesn’t include homeowners who were injured or killed trying to prune a tree by themselves.

None of this mentions the personal protective equipment (PPE) that you should be wearing, which includes a hard hat, safety glasses, gloves, and long sleeves. On this day, I was wearing a hooded sweatshirt, and I had to tuck the strings into the sweatshirt, making sure they didn’t get caught on anything. The regular Arborists out on the job wearing sweatshirts had removed those strings altogether.

Then there’s the chipper. This machine literally grabs limbs and feeds them into a giant grinding wheel, and shoots the debris into the back of a truck. At one point, I was nearly injured when the chipper grabbed a limb and it turned sideways, bringing up part of the branch and almost hitting me in the face.

This is why we always recommend you allow a professional to service the trees on your property. Owning a chainsaw does not necessarily make a person qualified to prune or drop a tree.

Working knowledge of Physics is critical

You can translate this as “experience” if you like.

Basically, when you’ve got someone 50 feet in the air in a bucket or tied into a tree with a harness, that’s dangerous enough.

Now factor in that there will be limbs falling to the ground from that point.

If that person doesn’t understand where to cut, several bad things can happen.  In a best-case scenario, they will get the bar (“blade”) of the chainsaw pinched between parts of the branch they’re cutting, and unable to move it.

A scarier scenario is the limb falls where it damages property.

The Worst-case is someone is injured or killed.

Also, this takedown happened to be next to a chain link fence (no more than 15 feet from the tree trunk). It was pretty impressive that the entire day, a single branch fell and hit that fence, with no property damage.

I’m actually a fairly fit individual. Well, I’d like to think I’m more fit than most people, anyway. I run about 10-11 miles a week, lift heavy weights, and kayak and bike for recreation. I’m not necessarily a couch potato.

I was tired at the end of the day. Like, really tired.

This job is physically taxing. That “small” 20-foot tree you are thinking about taking down yourself is going to kill your whole weekend, my friend. Especially if you’re doing it by yourself. Come Monday, you’ll wish you had another weekend to recover.

There’s hauling large limbs and chunks of the trunk around until you get them where you want them.  Then you have to clean up the smaller limbs and branches. You have to rake a TON (you won’t realize until you’re knee-deep in the project – trust me). For example, I heard one Arborist joke to another “I had a client ask me about a takedown like this. I told him it was $1,000, but if I don’t have to rake, it’s eight bucks!”

As a homeowner, you have a lot to worry about. There are always considerations you have to make in terms of balancing the “Do It Myself” versus “Hire A Professional.” For a job on this scale, please take the time to hire a real professional.